In the second and last stage of this conversion of two flats into one, we designed an openable wall. When open the whole second floor of the flat is one light, continuous space. When closed it makes for a TV and guest room and reveals the clients very tidy bike storage. Neat, huh?

The first stage of the conversion was done by mmw arkitekter mnal as. 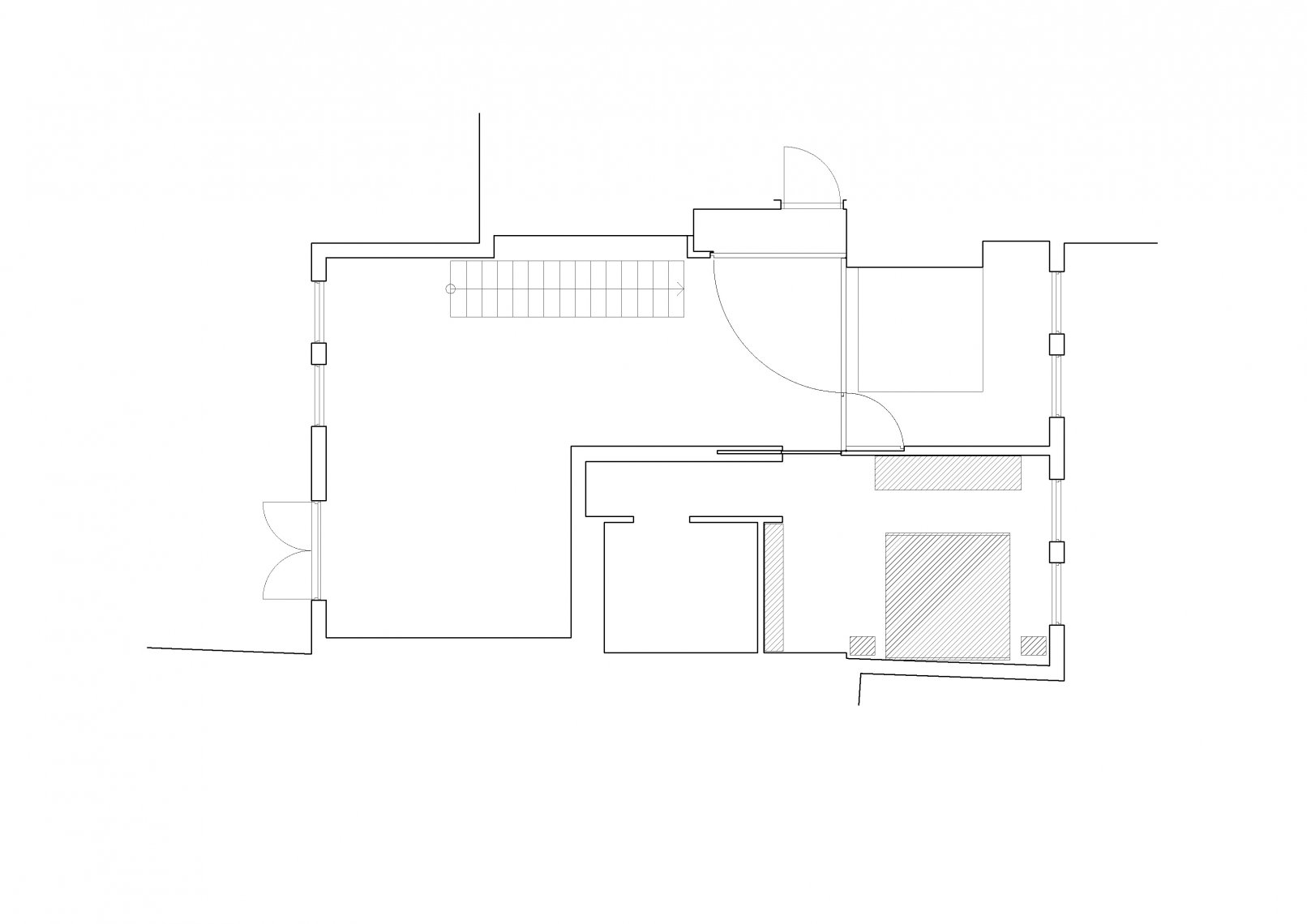 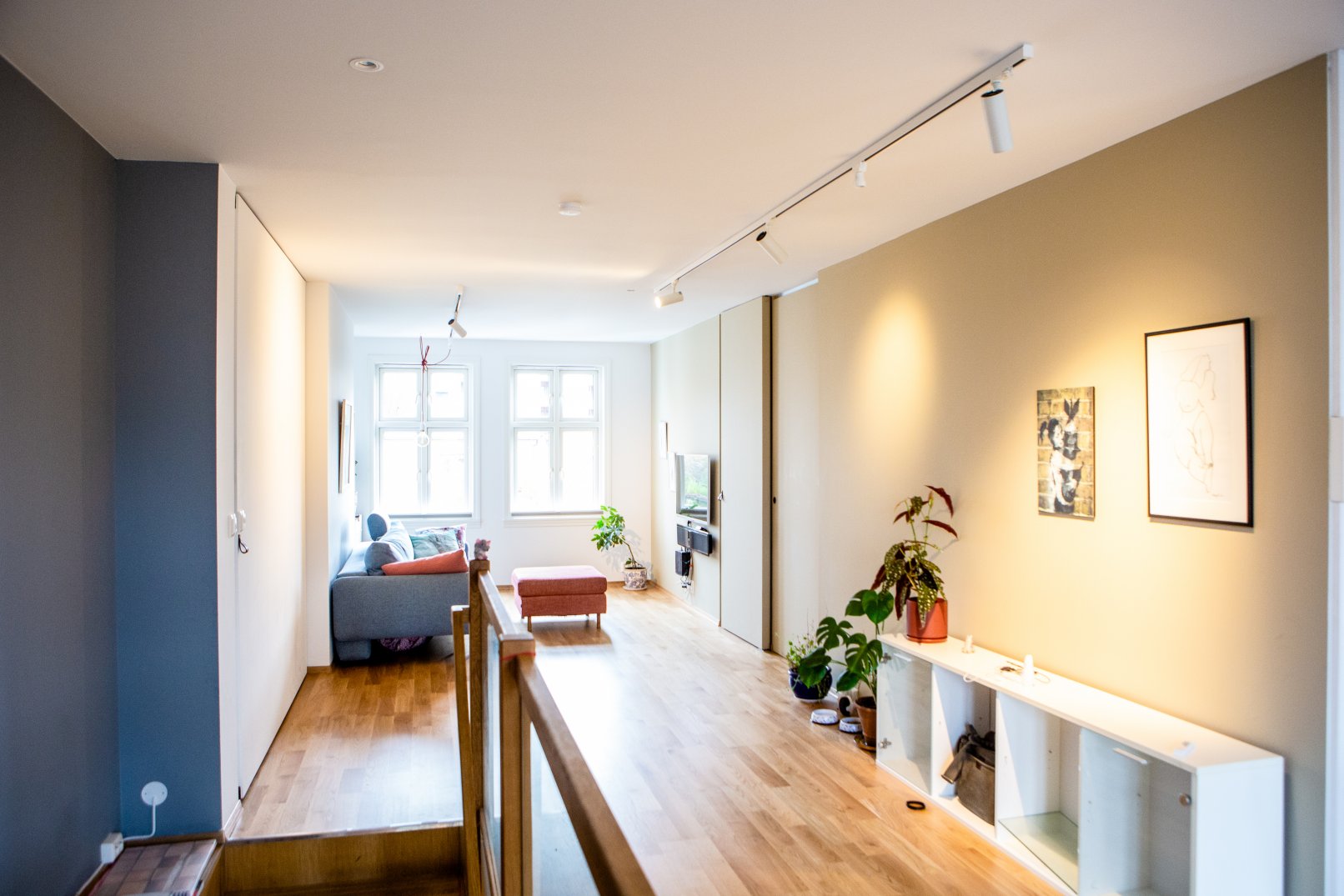 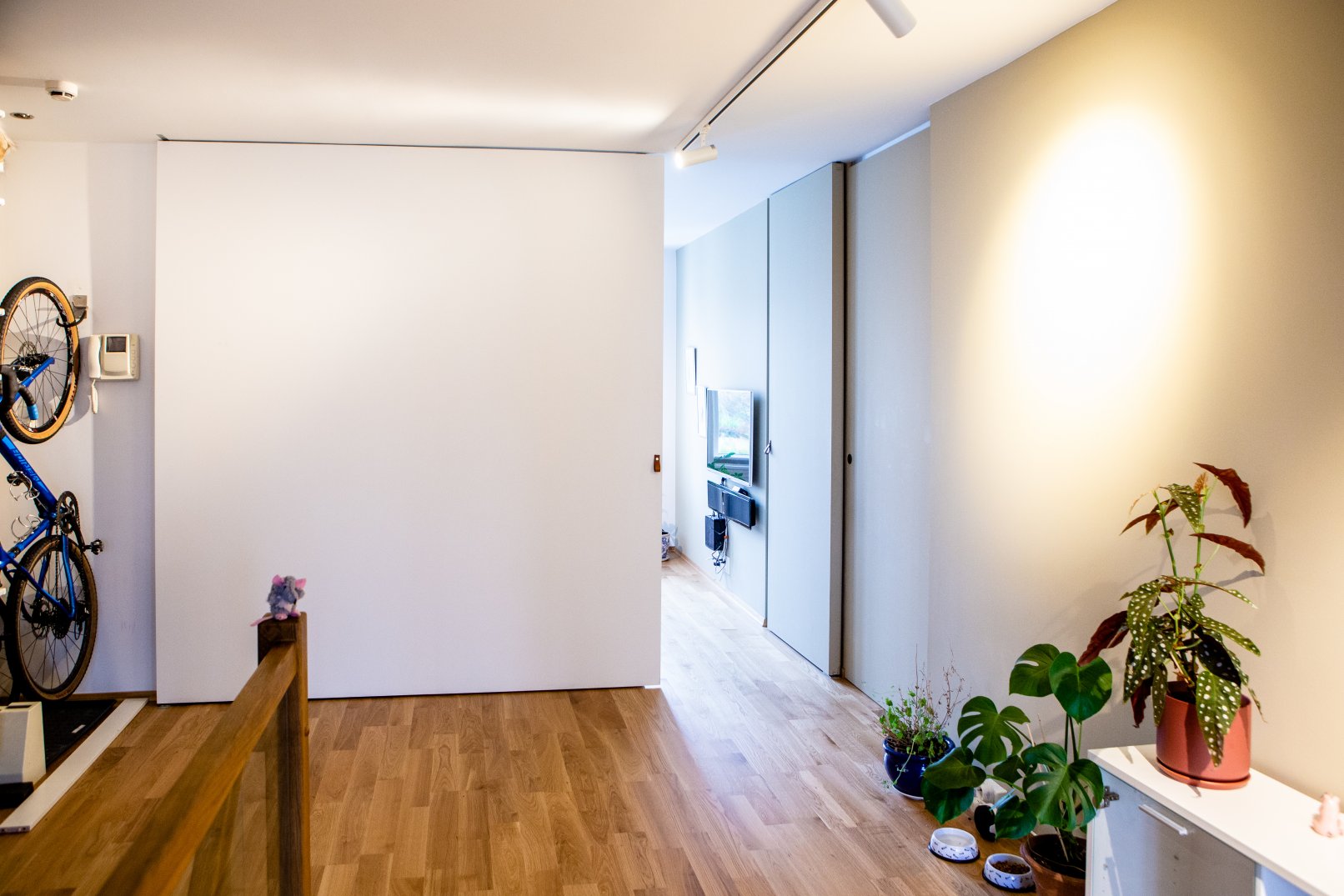 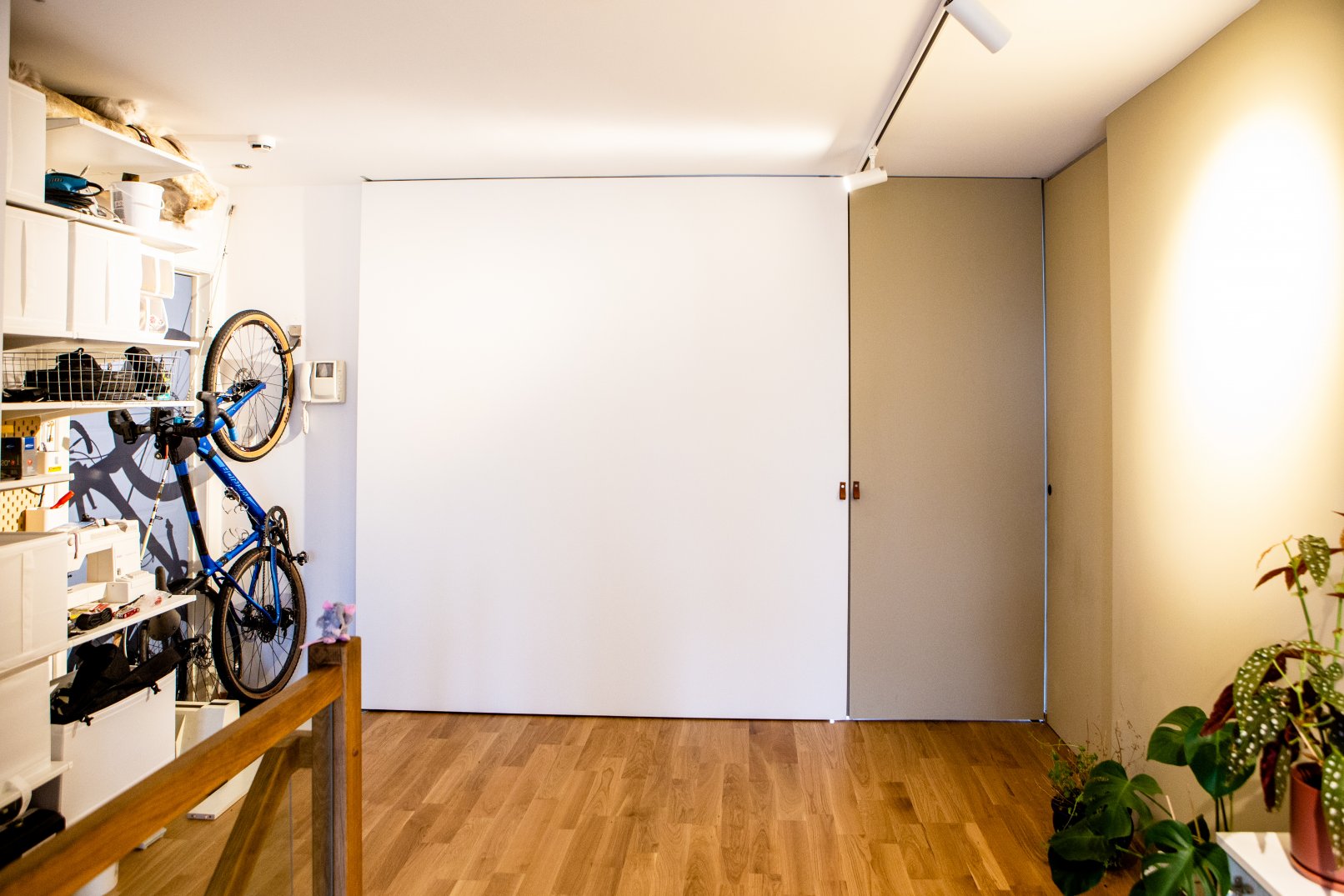 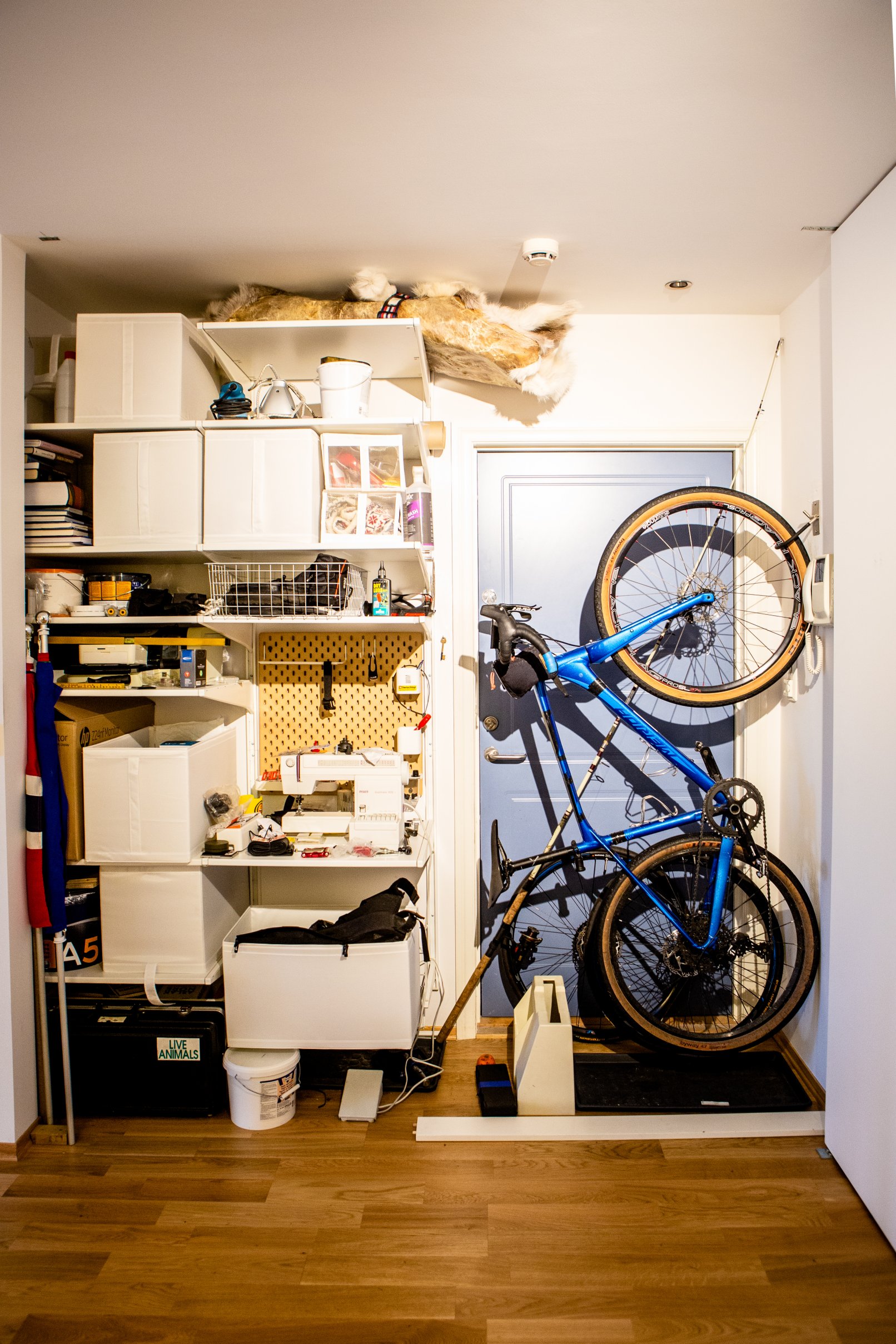